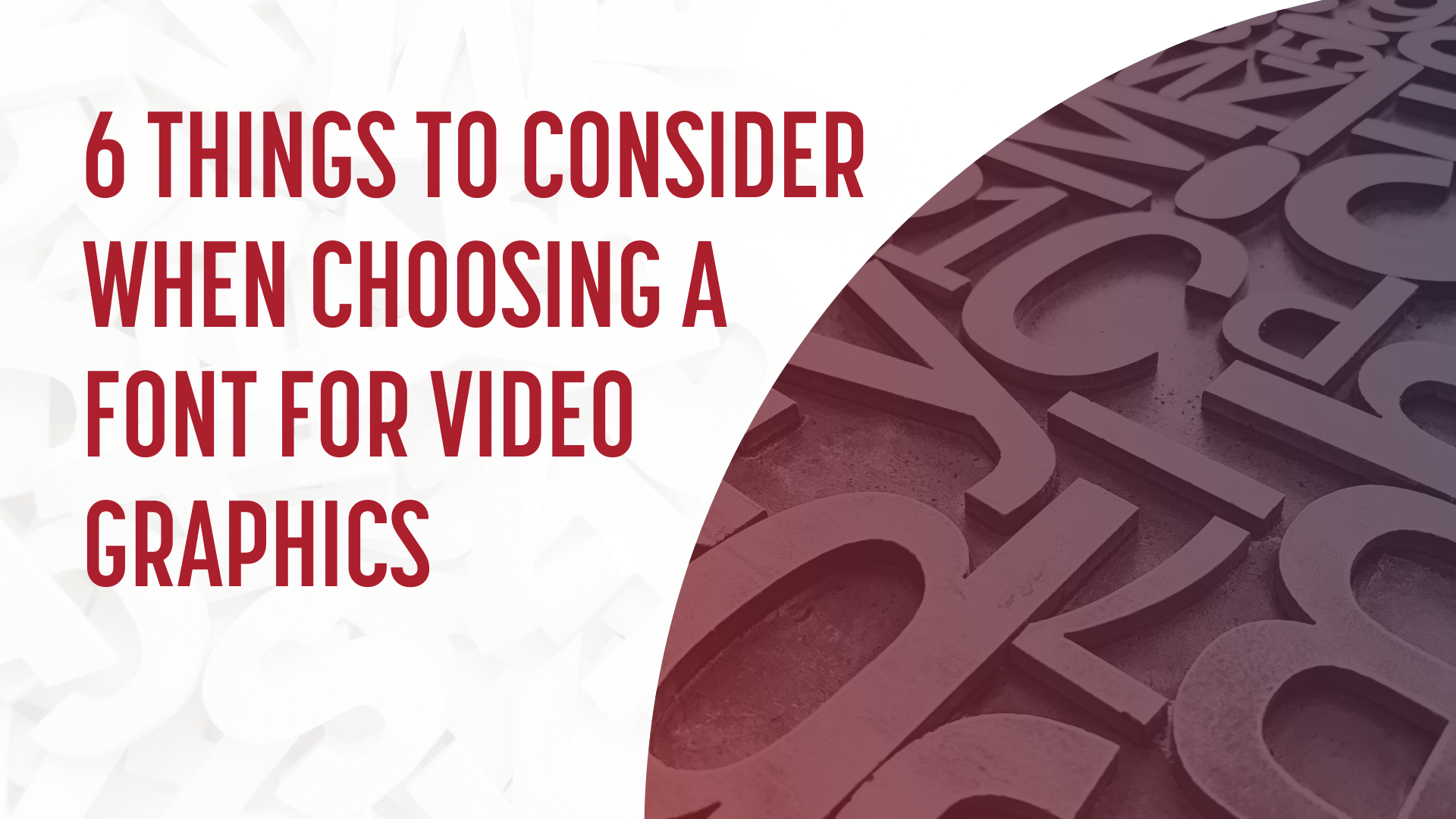 When choosing a font for video graphics, there are a lot of factors to keep in mind (especially if your video is going to be viewed on mobile).

Legibility and readability are key.

You don’t want viewers to get turned off by not giving them a chance to understand your content.

If your brand guide already requires you to use a specific font, then follow those rules! Your design team has probably already made the considerations laid out in this article.

But if you’re lost in the dark and looking for some direction, here’s a breakdown of what to look for when choosing a font for video graphics.

Quite literally, the x-height refers to the height of the lowercase “x” in a font.

The x-height can dramatically affect the legibility of type on small screens. You want to avoid having any extremes in this case!

Being able to distinguish letters and recognize shapes is a key part of the process when we read. For example, see how much harder it is to read the Impact font vs. Avenir Black when they are shrunk in size.

Why is this important? A larger aperture increases the legibility of your font, especially when your text is small. Take a look at the example below to see how the aperture affects your ability to read!

Another important thing to keep in mind when selecting a font for your video is stroke weight and contrast.

A font’s stroke weight is the relative thickness of the letters. For example, see Roboto Thin, Regular, and Black below. When selecting a font for your video, try to avoid really thin strokes. These are much harder to read on small screens!

A font’s stroke contrast is the change of the stroke width within a typeface.

Some fonts have very low contrast and the stroke width stays consistent. Others have extreme contrast where the stroke changes from bold to hairline thin.

When choosing a font for your video graphics, try to avoid any fonts with a high stroke contrast, especially when your font is going to be small!

Serifs are the decorative strokes attached to the end of a letter. Sans Serif fonts do not have these extra flourishes, while Serif fonts do. For example, see Avenir and Times New Roman below:

At this point, we know that simple shapes are easier to read at small sizes. So it shouldn’t come as a surprise that Sans Serif fonts often work best. That’s not to say you should never use a Serif font in a video, but use your best judgment and remember to keep your viewer in mind. Will they have an easy time reading your text?

Once you have your font picked out, it’s important to keep color in mind. Your font color needs to have enough contrast from the background of your video. See how much harder it is to read the second example below:

If your text is going to be placed on top of video footage and not on a solid background, the same rules apply. Make sure you have contrast; and if necessary, add a light drop shadow to set your text apart.

Last, but not least… Whatever font you choose, in whatever color, make sure it’s not too small.

Test your video on the screens that your audience will be using. Just because something looks good on your desktop, doesn’t mean that the people who are watching on their phones will be able to read your text.

Do you want more tips on using graphics? Keep an eye on our blog for more articles coming soon in the Design category!

Do you want to learn more about using fonts? Check out this Typography 101 crash course from Adobe!