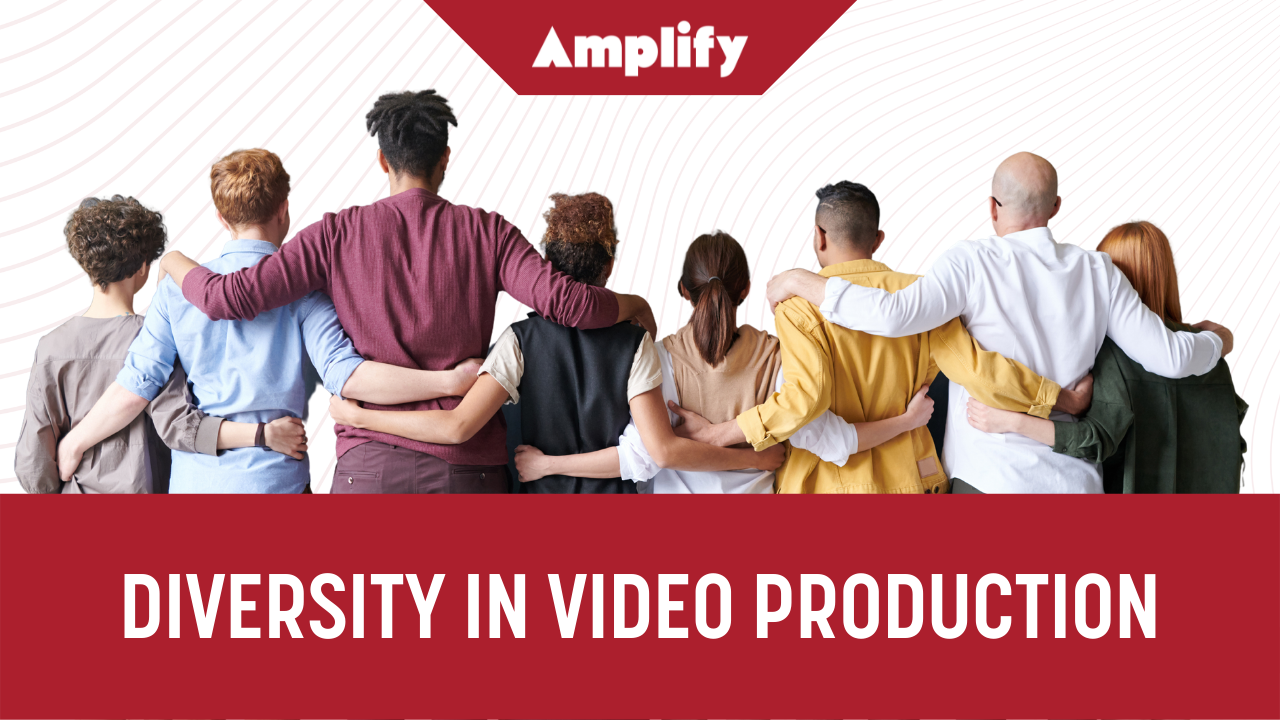 Diversity and inclusion are key in front of the camera, but they’re also key behind the camera. Beth and Host Elin Barton explore this topic of diversity in video production.

Beth Menduni is a born storyteller with a background in theatre, visual communications, and graphic design. She worked in video production houses for a decade before launching her own full-service video marketing company based in Columbus, OH called the Mkg Dept.

Beth: If you don’t have that specific thought, that neurodiversity behind the camera, it gets missed.

Beth: Prior to the pandemic, I would always tell people that there was 30% of women in the industry. And now, I think we’ve dropped to like 20%, 15%. There’s a mass exodus of women from the workforce. The reason I pay attention to it and how I structure my company is because I want that diversity behind the camera lens. I want that thought leadership who’s thinking differently behind the lens. Don’t take it as I’m against men; that’s not it at all. It’s just that I can tell when I’m watching a movie, when I’m watching a TV show, when I’m watching a news report—I can typically guess who’s behind the lens. And just think about it this way. So, I actually was watching the Browns play not too long ago, the Cleveland Browns, and they had on white jerseys. It was a very sunny day, and they were interviewing a person of color, a very dark skinned football player. And I knew that whoever was behind the camera was dark complected as well because he tried the best to balance this bright white sun glare against the dark skin. And the camera person did an amazing job. There was a pan around shot and I got to see; it was a person of color behind the lens. And that’s so crucial because I’ve noticed that on different like TV shows and all the things, anything on video, where if you don’t have that specific thought, that neurodiversity behind the camera—it gets missed.

Elin: Yeah. And I think that women tend to have a much different approach to storytelling in general, listening, asking questions. There’s just something about how we approach the whole project of working with clients, developing the relationship with clients, and then drawing their story out from them. I just feel like it’s a different approach to many men in the business, at least the ones I’ve met. And again, it’s not against men. We need both. But it’s just different.

Beth: You know what? I was thinking about this because my mentors were all TV production guys. And if you think about it, that was just not something that—think about the 70s, that just wasn’t something that women were doing. Once TV had a million channels and cable TV came into the realm  and video got less expensive to produce, that’s what opened up the opportunity to allow diversity in. But it was mostly white men for TV and broadcast, for news. And there’s a specific way of recording for that that is way different than the storytelling that we’re doing now. It’s way different. Video marketing takes a specific skill set because it’s not just video. It’s not just marketing. It’s all this strategy that filters into it. And you’ve got to be conscious about who is behind the camera lens. Because if they’re shooting at like a news broadcast or, I don’t know, a television show or something like that, they’re just technical. It doesn’t capture the soul of the person. Wedding photographers and videographers—honestly, I have got a couple in my index of people who I work with—they capture the video and details and moments that a newscaster would never see. And it’s just that difference of thought. And that’s what I really want to do. And that’s why we’re friends, Elin. We’re more than just peers. We’re like friends because we have these conversations, we bounce off one another and trying to figure out like how can we offer opportunities to anybody that is other in the industry so we get more beautiful stories told?