For the past few years, we’ve produced videos for the local chapter of the American Red Cross, highlighting heroic works done in our community.

In the past, these short videos are normally shown at an award ceremony breakfast event, but this year, because of the pandemic, they did not host their event in person.

This year we had the honor of working on two different events—one as a live stream online for the Southern Tier event, and another to be shown at a drive-in movie theater for the Finger Lakes event.

Even though this year’s event looked a little different, it was billed as  “the feel-good story of the season.”

And it sure was. Two cousins performed CPR on a person after coming upon the scene of an ATV accident. A business loaned their space to the Red Cross to use for blood drives during the pandemic.

A Girl Scout collected and donated tablets to a nursing home so the residents could communicate more with their families during the pandemic. Firefighters walked through hundreds of feet of a drainage pipe to find a stranded man. 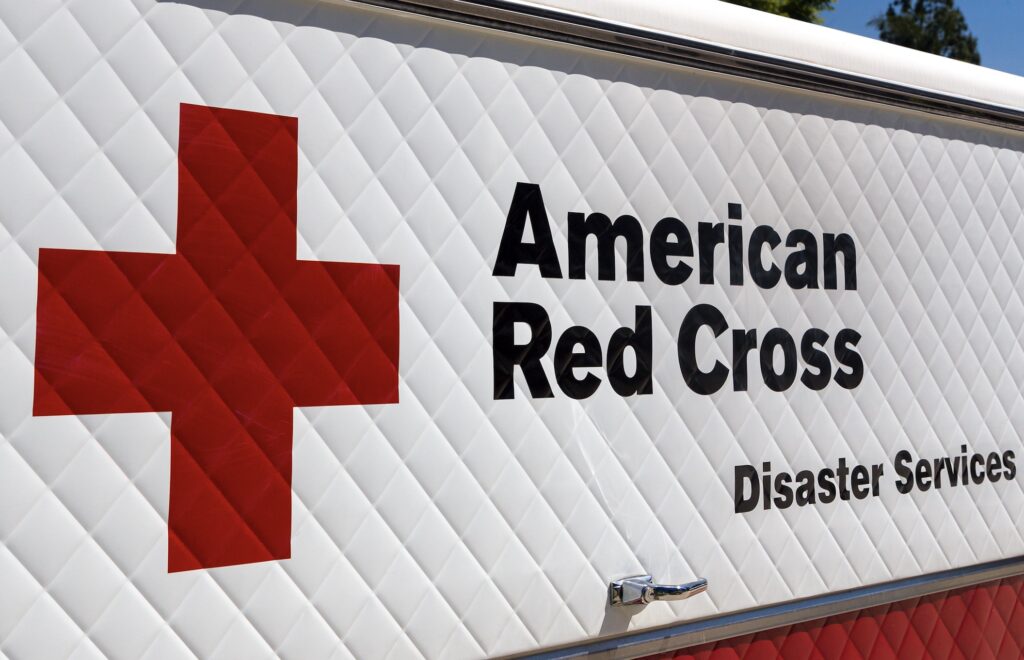 These videos were made up of sets of smaller clips—the master of ceremonies clips, the award sponsor clips, and the hero’s story clips. To create these, we partnered with two local TV stations.

It was our job to assemble the emcee, sponsor, and hero clips. We also added some graphics and music and did audio editing and color correction. The deadline came up fast for these projects, so communication between White Knight and the Red Cross on any changes was vital.

Each hero award has a sponsor. Some of the sponsor companies took a video of a team member introducing the award and congratulating the award recipient. These videos were placed before the hero’s story video.

This year, White Knight Productions sponsored the Southern Tier Animal Rescue Award. It was given to Courtney Brock for her work of rescuing horses and teaching children about horses. (Click here if you’d like to see this portion of the video.)

We give our congratulations to all of these honored heroes, and we thank the American Red Cross for the chance to edit these videos. It’s been an honor producing these videos over the past few years and being able to hear these stories first-hand. These videos never fail to inspire and warm the hearts of those touched by them.