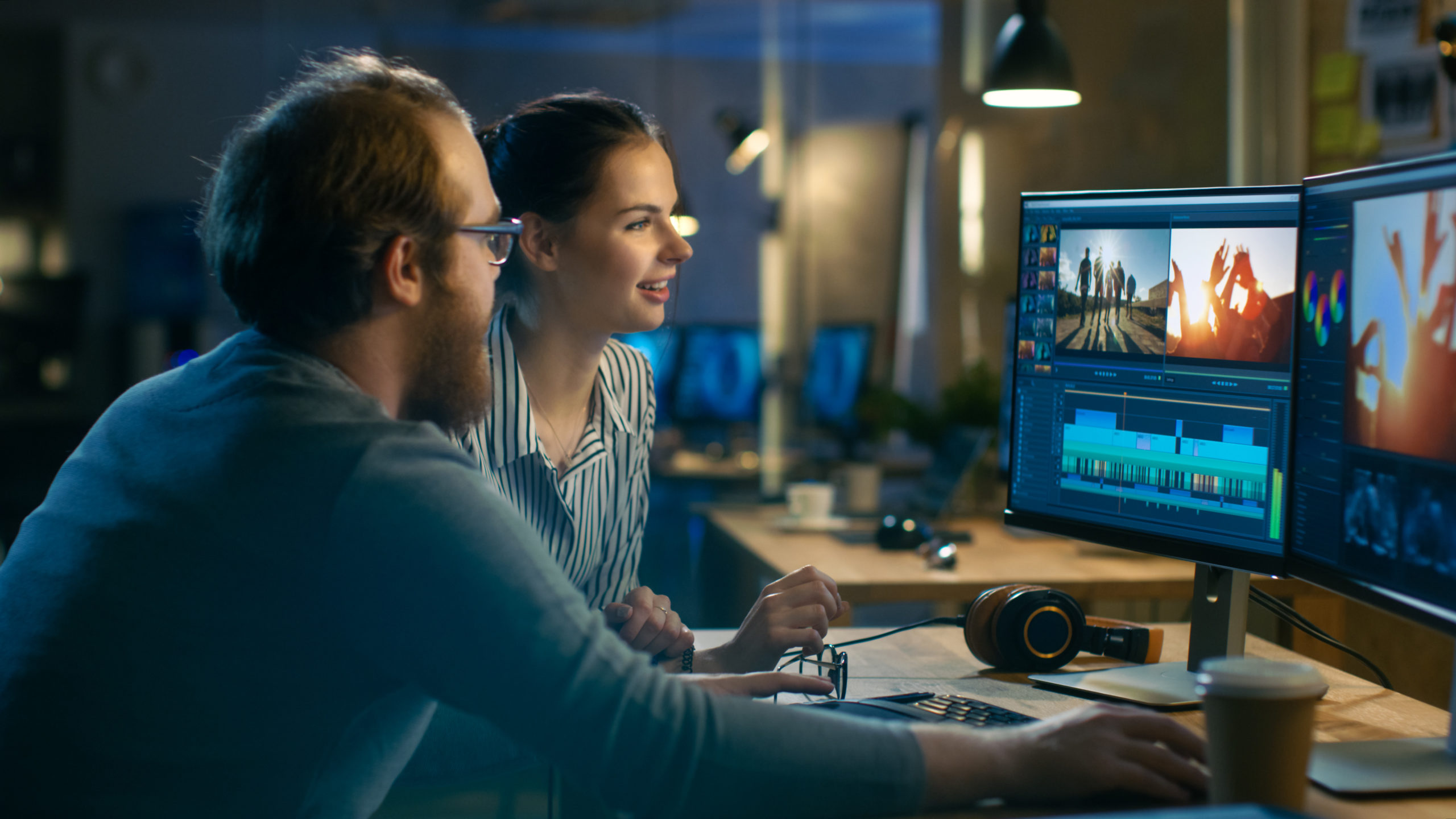 When it comes to video, there’s two main types that you can choose from – stock or original footage. Hiring a videographer is probably what comes to mind when you think about making video content. Although, stock footage is used in video advertisements more often than you might think.

Both stock footage and original footage have their pros and cons; neither is better across the board. It’s like greeting cards. Some people buy a premade card at the store, while others take the time to design a card themselves. It’s two ways to get to the same goal.

Here at White Knight, we work with both!

In general, stock footage is cheaper and easier to use. It’s as simple as choosing the footage and licensing it. You can send us stock clips you have picked out, or we can find clips that will work best for your video. Using stock footage, you’ll also receive your final edit quicker than if a videographer has to come out to film on-location.

The downside of stock footage comes from the fact that you are limited not by your imagination but by footage that already exists. Sometimes finding just the right clip can be challenging, and there is always the risk that the shot you chose will be used in someone else’s video too (unless you pay extra for exclusivity).

Original footage can be more personal and customized to you or your company. Oftentimes when we film on location, we film with your company’s employees. We’ll capture B-roll, or actions shots, of your employees doing what they do best. This also means your company’s branding can be more prominent in the footage. And finally, getting a little more technical, original shots will flow together more smoothly in the edit since they will all have the same look and will most likely be from the same location.

Considerations for having footage shot at your location include the fact that having a videographer or film crew on site can mean that your day to day activities might be a little different that normal. And while we can certain work as unobtrusively as possible, oftentimes getting just the right shot does involve us directing the on-screen talent and asking them to run through the scene a few different times.

Whether you decide to use stock or original footage, you can be sure we’ll work hard to create a video for you that conveys your message and generates results.