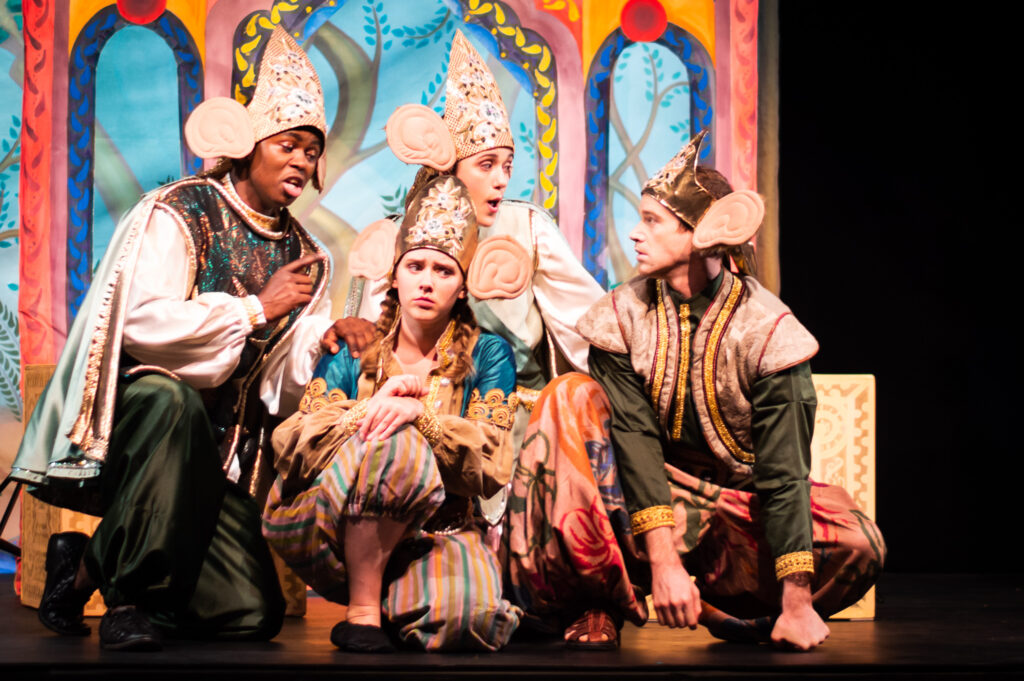 With tough curriculum and testing demands on teachers, it’s hard enough in “normal” times to take time out of their busy days to teach the kids about art and culture. In a time of Covid, it’s nearly impossible.

Binghamton’s Tri-Cities Opera (TCO) has risen to the occasion with a digital version of a children’s opera that’s available on-demand to schools and other educational institutions. TCO’s digital continuation of it’s 40+ year old program called “Opera-Go-Round”, was designed not only to expose kids to opera, but also to spark their imagination about working in the world of theater, especially in a time when very little theater is being produced.

TCO General Director John Rozzoni said, “Everyone learns about the onstage jobs, but in opera or other forms of theater there are so many different jobs that are available. Part of the mission of Opera-Go-Round is to let kids know there are opportunities here that they wouldn’t otherwise have known about.”

This year the Opera-Go-Round program was set to perform a contemporary opera written by Kamala Sankaram and David Johnston. Monkey and Francine in the City of Tigers tells the story of a family of monkeys and how the children – Monkey and his sister Francine – work together to escape the hungry Crocodile and outwit the greedy Lord of the Tigers.

When the TCO leadership team realized that it would not be possible to tour the show to schools in person this year, they decided to offer it as on-demand video content instead. White Knight Productions was brought in to record both the action and the audio and to put together the finished piece.

Because of social distancing restrictions we had to be strategic about our on-site crew and in the end we were able to manage running five cameras with just two operators. The audio was recorded first and our audio technician was able to mix a “scratch track” together so that during the day of shooting the action could be synced with the track without having to worry about recording “clean” audio. This also allowed the singers to keep everyone safer from COVID exposure by allowing them to sing more softly when the full film and production team was in the room (while following NYS media production health and safety guidelines, of course!).

Check out the teaser video below.

Everything was brought together seamlessly in post production, and the end product is a magical journey into the world the wild animals inhabit. And, at just 40 minutes in length, the opera is easy for most school children to digest and understand.

If you’d like to find out more about this opera, or having Monkey and Francine brought to your child’s school, please visit TCO’s website for more information: https://www.tricitiesopera.com/monkeyandfrancine/